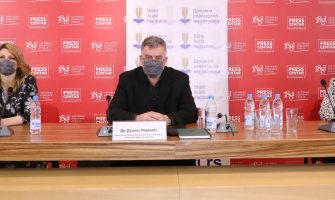 GAI supported SAI’s strategic communication to external stakeholders, by facilitating another press conference to report the results of audits conducted in 2020. The final event was held on February 18, with three performance audit reports presented – Information Security in Health Information Systems, Internal Financial Control in Health Care Institutions and Efficiency of the Energy Management System in the Public Sector. 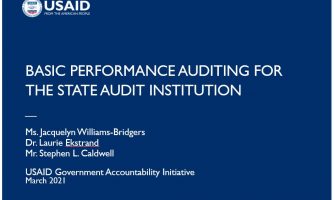 In the course of continuous technical assistance to SAI to increase its resources dedicated to performance auditing USAID Government Accountability Initiative delivered Basic performance audit training for the newly hired auditors, held online from March 2 to March 5, 2021. The training was delivered by GAI COP Ms. Williams-Bridgers and subcontractors Ms. Ekstrand and Mr. Caldwell. Trainings is part of the support to SAI leadership’s plan to increase reliance on performance auditing within the Institution. 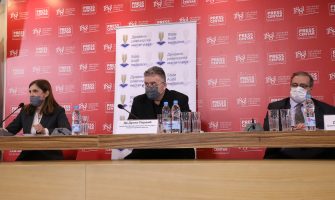 SAI reported that third of the Republic of Serbia’s population is dissatisfied with the functioning of urban and suburban passenger transport, and nearly a million people have no access to this organized communal activity of general interest. Effective and efficient functioning of urban and suburban passenger transport at the local level requires strategic guidance and regulated criteria for the delivery of communal activities at the national level. The identified weaknesses in functioning of urban and suburban passenger transport in local self-governments – the auditees, indicate that there is a need for increased efforts of local governments in the area of planning in line with the citizens’ needs, including oversight over the quality of service provided considering the funds spent.

Ministry of State Administration and Local Self Government 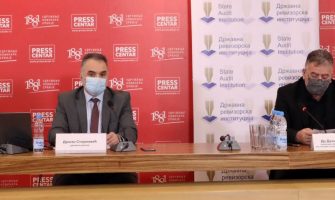 SAI reported that local self-governments did not undertake sufficient measures to provide and supervise delivery of the support needed for large numbers of children in need of personal companion services.  In its report entitled Services in the Field of Social Welfare – Personal Companion of a Child  SAI concluded that personal companion services were not established by 33% of cities and municipalities in Serbia in 2019. In nearly 29 local self-governments, where this service was established, services were provided by unlicensed organizations, which raised questions about the quality of services provided. Inefficient and inadequate provision of services resulted from the lack of planning and financial resources in the budgets of local governments for the implementation of this service.  In addition, the lack of local regulations, a small number of licensed organizations to provide services, and insufficient monitoring created the risk of inefficient provision and deprived children of needed services. 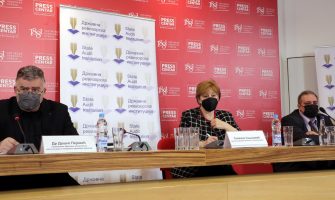 On January 19, the State Audit Institution released the results of two of its 2020 performance audits revealing the need for the Government to increase its attention to address deficiencies in management of the School Modernization Program and insufficient collection of own-source revenues in Local self-governments in Serbia.